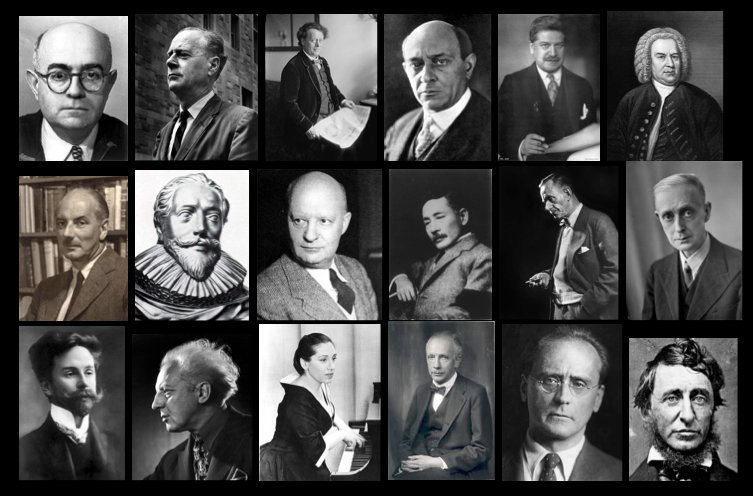 If Glenn Gould were alive today, he’d probably be amused, though not at all surprised by the fact, that an online search for recordings of Classical music literally yields hundreds of thousands of results.  With the Ninth Symphony of Beethoven, for example, Google retrieves three hundred and sixty-five thousand video items.  Amidst this enormous array of recordings, can we be certain that each one is truly expressing something that has never been said?  What treasures in these centuries old works remain undiscovered?  Glenn’s work has helped me to find ways of answering these questions.

Throughout his career, Glenn was concerned with performing works in such a way that they were unlike any previous interpretation.  “If there’s any excuse at all for making a record,” he said in 1968, “it’s to do it differently, to approach the work from a totally recreative point of view…to perform this particular work as it has never been heard before.  And if one can’t do that, I would say, abandon it, forget about it, move on to something else.”

The montage at the top of this post is one that I came up with last year as part of the preparations for Glenn Gould 905: A Triple Birthday Multi-Media Celebration.  In the photos, we see eighteen individuals who influenced Glenn in one manner or another.  Pictured third from the left on the bottom row is Rosalyn Tureck, a pianist whose playing style Glenn admired.  Known primarily for her performances of J. S. Bach, Tureck, like Glenn, was also regarded for the ease with which she presented on television, various aspects of musical thought and instrumentation.

Have a look at this clip in which she demonstrates the playability of works by Bach, on all types of keyboard instruments:

I like to think that beyond her sparklingly clear and exuberant interpretations, what Glenn admired most about Tureck was the fact that she was willing to do things differently.  What other pianists of her generation would have dared to appear on camera, performing works by Bach and Chopin on a Moog synthesizer?

Like Glenn, I admire Tureck and it was her influence that prompted me to carry out an unusual project of my own.  In the October 1947 edition of The Etude, Tureck published an article entitled, “Learning to Understand Bach” (available here).  In it, she instructs as to how a player might set about thinking/listening contrapuntally.  With regards to the Fifteen Two-Part Inventions of Bach, one particular technique required the creation of what she referred to as contrapuntal studies.  This involved writing the pieces out in such a way, that the material of the right hand would be played by the left hand and vice versa.  By inverting the voices of these important teaching pieces, the student would in turn, gain new insight on the structure of the music.

In this instance, Tureck’s mode of thinking resembles that of Glenn, for what she was doing was encouraging students to re-compose the music of Bach, to present differently, music that had been performed countless times since it was written.  What better way to find new things to listen for in these pieces than by switching the material between the hands?  Apart from Tureck’s own written out version of Invention #1 however, I was unable to locate any arrangements of the remaining fourteen pieces.  The solution, of course, was to set about completing the task myself.

Experiencing these familiar pieces in a fresh new way has not only helped me to think/listen contrapuntally, but it has also given me an opportunity to uncover a few clues as to how Bach managed to write such well-crafted contrapuntal music.  Much of this has to do with the textural saturation of thirds and sixths.  Inverting the voices also gives the player fresh ears for identifying motives and dissonances, as well as for recognizing the relationship between instrumental range and subject placement.

Writing and practicing these arrangements has even had a positive impact on the time spent practicing other pieces.  For example, I now find myself listening more carefully than ever before, to the canons in the Goldberg Variations.  Of course, it’s been challenging getting my hands to suddenly perform patterns in an opposite, mirror fashion and ornaments have been particularly tricky to adjust however, it’s all been well worth the effort.  Most importantly, this project has enabled me to become better equipped at expressing the humanity of the music, a quality for which Glenn greatly admired Bach.

If you’re wondering what this sounds like, then here is a sample:

That these musical miniatures stand as independent and aesthetically pleasing works even when the hands are switched, is a testament to the craftsmanship of Bach.  Try doing this exercise with pieces written by pianistic composers say, of the nineteenth century.  It’s preposterous.  And, were it not for Glenn, whose work has led me to explore that of Rosalyn Tureck, then I’d likely have not discovered this unique experience for developing my musical relationship with that most special individual of all, Bach.

Existing in these little teaching pieces are the seeds that would eventually become Art of Fugue, Bach’s final composition and arguably the greatest contrapuntal work of all time.  This is music for which Bach received criticism, music for which he was seen as old-fashioned.  The evolution of Bach throughout his sixty-five years as a devout composer of contrapuntal music, therefore, suggests on his part a retreat of musical sorts from the center to the margin.  In the same way that Glenn spoke both literally and figuratively of “going north”, we might say that Bach – the favourite composer of Glenn, Rosalyn, you (I hope) and me, too – was doing much the same thing.

The complete Inventions for inverted voices are available here.

A Canadian pianist and writer with an interest in Johann Sebastian Bach, Glenn Gould and the exploration of methods for thoughtful communication. View all posts by Further North

This site uses Akismet to reduce spam. Learn how your comment data is processed.